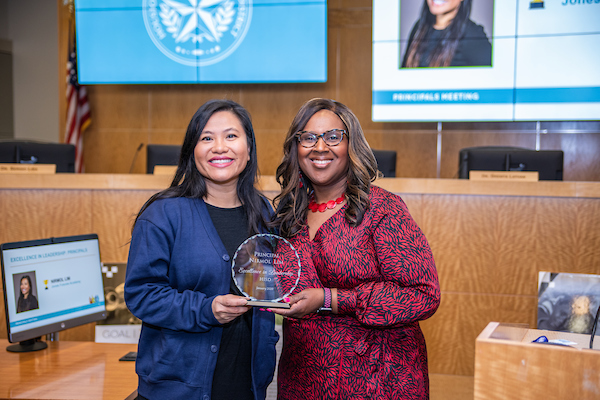 In her second year as the principal of Jones Futures Academy, Principal Nirmol Lim is the Secondary Excellence in Leadership recipient for January. Since her appointment, she has led the campus in receiving an “A” rating from TEA, including seven distinctions, increased the number of students scoring a three or higher on the AP exam by 400 percent, and boosted the number of industry-based certifications from seven to 69. Due to her leadership, the campus was also named as a Top Ten Magnet High School that serves low-income students by Children at Risk. Lim has also served as a principal at Park Place Elementary School, where she led the campus to six distinctions for three years.