Days after a mass shooting at mosques in Christchurch, New Zealand, Houston-area students organized a vigil to honor those slain and show unity with those affected.

Dozens of students representing diverse faiths and ethnic backgrounds at Houston ISD’s Carnegie Vanguard High School quietly gathered during lunch on Wednesday, March 20, at the school. During the vigil, students presented thoughts about individual victims and the significance of their lives and deaths.

To date, 50 people have died in the attack. More than 50 others were injured.

Carnegie students lit 51 candles in remembrance of those who died. The students also made signs with the last words of one of the victims, an Afghan refugee, who reportedly told the suspect, “Hello Brother.”

The vigil was spearheaded by students of various religions who reportedly at the beginning of the year founded the Islamic Student Forum. The forum explores issues affecting the Islamic world and combats stereotypes.

In the days since the attack, New Zealand has moved to ban assault rifles.

"On 15 March our history changed forever,” Prime Minister Jacinda Ardern said Thursday at a news conference in Wellington, New Zealane. “Now our laws will too. We are announcing action today on behalf of all New Zealanders to strengthen our gun laws and make our country a safer place.”

"Every semi-automatic weapon used in the terror attack on Friday will be banned. This legislation will be drafted and introduced in urgency."

Ardern said she hoped the law would be in place by April 11. 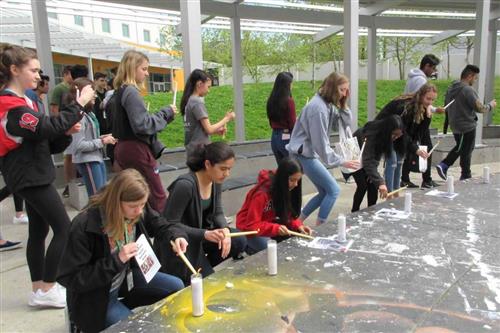 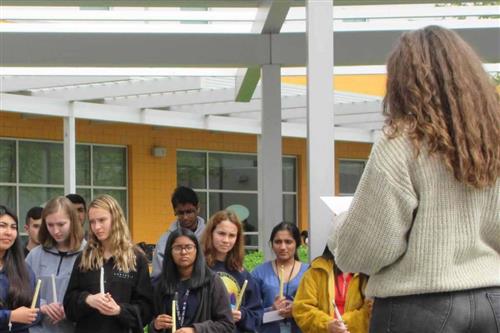 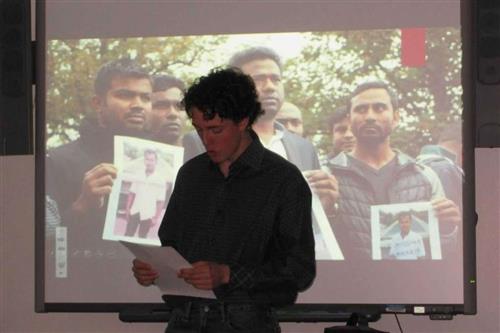