A Magnet School For the Creative and Performing Arts 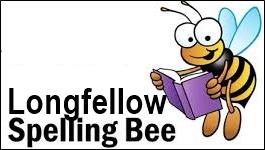 Each student will choose a number randomly which will designate the order in which they will spell.  Word lists that are used for the competition are provided by Scripps National Spelling Bee.  Each speller will be given the next word in sequential order from the designated list.  A speller can ask for the word to be repeated, used in a sentence, the part of speech, and its word origin.  Once the speller begins to spell a word, he/she can start over, but cannot change any letter that was previously said aloud.

Example:  The word is school…the speller begins s-k-h….If the speller starts over, he/she cannot change the k to a c….the word would be spelled incorrectly and that student is out of the competition.