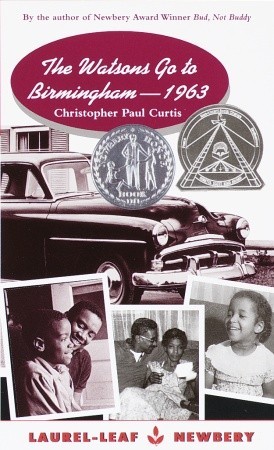 by Christopher Paul Curtis Year Published:
The Newbery Honor-winning American classic, The Watsons Go to Birmingham--1963 , celebrates 20 years with this anniversary edition featuring a special letter from Christopher Paul Curtis and an introduction by noted educator Dr. Pauletta Bracy.Enter the hilarious world of ten-year-old Kenny and his family, the Weird Watsons of Flint, Michigan. There's Momma, Dad, little sister Joetta, and brother Byron, who's thirteen and an "official juvenile delinquent." When Momma and Dad decide it's time for a visit to Grandma, Dad comes home with the amazing Ultra-Glide, and the Watsons set out on a trip like no other. They're heading South to Birmingham, Alabama, toward one of the darkest moments in America's history.