All the support and guidance has paid off for these young men. WE celebrate our accomplishments as TEXANS!

Back 2 Back District Champions

Our younger levels were:

Voted by the coaches…

We have  added to our Varsity HISD All District Selections:

JROTC Final Review took place on Saturday April 23, at Delmar Stadium.  24 of the JROTC Battalions in our Houston Area participated in this event. This annual event showcases all the Battalions for their outstanding performance during the school year but more so those Battalions and individual cadets that went above and beyond what's expected of them during the school year. One of our cadets, SSG Alexander Portis, placed 5th in his 9th grade Leader Education Training (LET) level and received a medal on Saturday.

Congratulations to Lamar Water Polo players made it to the All-District 1st team John Hajdik and Channing Miller.  The 2nd team Oliver Banks and Dorian Hawkins.

Congratulations Rohan Mahendru (class of 2023)! Rohan was selected for the inaugural cohort of the Harris County Attorney’s Office Summer Legal Academy.  The Summer Legal Academy is a legal training and educational program designed to expose high school students to the path to becoming an attorney. Participating students learn about the path to getting accepted to a law school, what to expect in law school classes, the different careers one can pursue with a law degree, and the various types of practices in which a lawyer can focus.

Congratulation to Alex Koong who won Regional Tennis Tournament in Deer Park and is now headed to State Tournament!

Congratulations to the Lamar Track & Field team for their success at the District 18-6A Track Meet this past week.  The boys team took home the district title to continue their reign as district champions.  The girls team finished as district runner ups in a tightly contested finish that was decided by 2 points.  Individual champions included Jordan Jackson in the 200, Camren Vandible in the 110 hurdles, Omarion Marshall in the triple jump, Kobe Jones in the long jump, Kaleb Goodley in the high jump, Griffin Decker in the discus, Alil Akbar in girls 800, Tatiana Nwosu in girls discus, Ciara Farrington in 100 hurdles, and Stacey Guerrero in both girls 3200 and 1600 meter runs.  Also, finishing as district champions was the boys 800 meter relay of Jordan Jackson, Dean Collins, Kobe Jones, and Ayden Turner. The girls district champion 400 meter relay consisted of members Ahmiya Laboy, Baylee Eaglin, Julia Morstead, and Paris Powers. The girls also took gold in the 1600 meter relay of Alil Akbar, Laila Balogun, Julia Morstead, and Amiyanee Harris.  The Lamar Track and Field teams will continue competition at the Area Championships on April 20th and 21st.

April 20th and 21st, Lamar is sending a team of 5 boys and 1 individual to Regionals at Eagle Point Country Club in Mont Belvieu, Tx.

Lamar is sending more boys (6) to Regionals than any other school in the district!!!!!!!

They will all advance to regionals on April 11-14

Congratulations! Maria Cruz and Hang Pham for winning the Award for Aspirations in Computing

Each year, the National Center for Women & Information Technology (NCWIT) recognizes students and educators for their accomplishments and goals in computing and technology. With over
3,500 high school applications and more than 130 educator applications from all 50 states, Washington, D.C., Puerto Rico, U.S. Virgin Islands, Guam, overseas U.S. military bases, and Canada.

We came in 2nd for Speech Team Sweepstakes. They only award 1st place.

Khanh Dang was 3rd she is double qualified.

Olvier Hoeink & Soumil Goyal were selected to be part of a World Schools Debate team.

2nd over all Team in HISD

The Lamar Sinfonia Orchestra performed at the Waltrip Concert Festival and earned a composite rating of EXCELLENT on their performance! Let us congratulate them on their hard work and dedication - you make us TEXAN proud, Sinfonia!

Lamar had more boys advance to regionals than any other school in the district!

D’Savion Hawthorne-Henderson who participated in the HLSR Calf Scramble on Wednesday, March 16th,  caught a calf and was awarded the Calf Scramble Certificate. In addition, he won the Mystery Calf Prize

Congratulations! Senior Craig Meikleham placed 2nd and 4th in UIL Math and UIL Calculator Applications.  We also had the highest turnout for the UIL Math competition across all grade levels. We want to give an extra shout to Jake Ruiz Moran, a freshman for competing for the very first time. We welcome more Lamar Texans to join us!

D’Savion Hawthorne-Henderson who participated in the HLSR Calf Scramble on Wednesday, March 16th,  caught a calf and was awarded the Calf Scramble Certificate.

FFA members that participated in the HLSR Program Sales on Monday, March 14th.

Vet Science Contest at the Houston Rodeo. Their names from left to right are Jewlyann Cruz, Nicole Romero, and Jiremy Deloeste.

Kelly Saucedo exhibited her steer project at the Houston Rodeo in the Santa Gertrudis Breed category. Kelly also participated in the Calf Scramble on Tuesday, March 15th , caught a calf and was awarded a Calf Scramble Certificate.

THE PATH TO VEX WORLDS:

Lamar’s VEX Robotics team, 2587B, has had the most successful competition season in years as they brought home their fifth trophy this weekend. However, this is not the end of their season – it’s just the beginning of their path to the World Championship. The team will compete locally once before Worlds in May, at the 6A High School State UIL Championship on March 16th, in Clear Creek where they hope to pick up some more hardware. Spectators and fans from Lamar are welcome.

2587B – DiscoBots Beta ranked 6th in qualifying matches at Texas Region 3, and then went on to earn the Amaze Award later in the tournament.

Congratulations to the boys golf team! We just participated in the biggest golf tournament of the year. It was a JV and a Varsity tournament together. Varsity got fourth place overall and JV got sixth place overall. Way to go gentlemen!

The Company is presenting their award winning show twice more for our home crowd on Friday, March 25 and Saturday, March 26 at 7 p.m. in or Black  Box Theatre.

Our girls’ team were meet champions, while our boys team finished third overall.

Congratulations to Lamar's Color Guard for bringing back the 1st place trophy in Novice Class competing in the Texas Color Guard Circuit at Willis High School!

Following a 2 year sabbatical due to COVID, the Lamar HS JROTC 7th Battalion traveled to Stafford HS on this past weekend to compete in the JROTC Bluebonnet Competition against 35 other high school JROTC Programs.  The cadets did well and proudly represented their  Battalion and Lamar HS. Our teams placed as follows:

Congratulations! Coach Madison and the Varsity Girls Basketball team on being co-district champs! 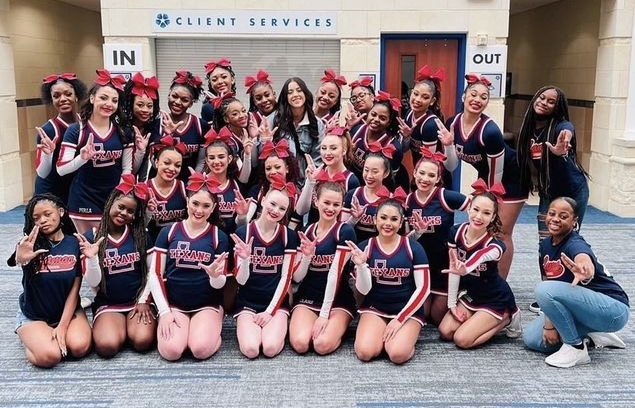 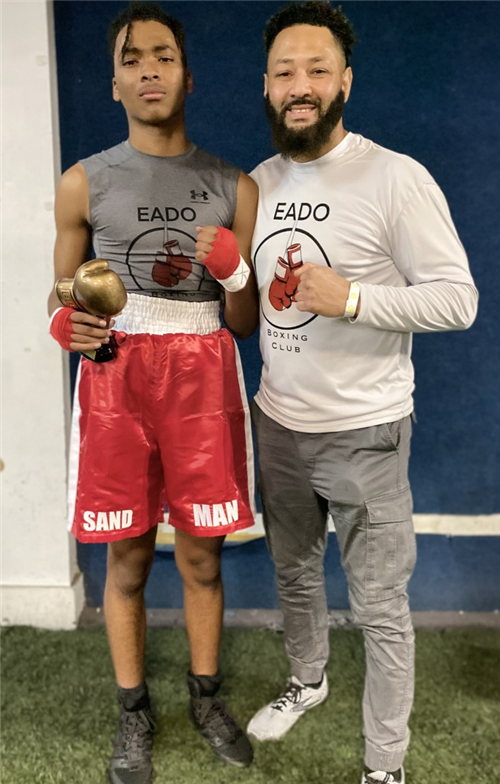 Coach Breaux is the pinnacle relationship builder on campus. He has a way of making every student and teacher he interacts with feel like the most important person on campus. There is only one Coach Breaux, and we are blessed to have him at Lamar.