Trustee Anna Eastman Elected President of the HISD Board of Education 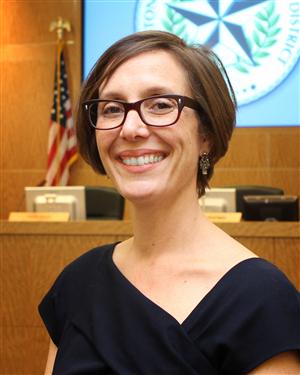 Anna Eastman was unanimously elected 2013 president of the Houston Independent School District Board of Education on Thursday.

Eastman, who was elected to the board in 2009, pledged to create an environment of “healthy, spirited, and respectful debate” with a focus on raising the level of academic achievement for all students.  Eastman said she will make a priority of ensuring that more HISD students graduate prepared to succeed in college.

“Thank you to all of my colleagues for your support tonight,” she said.

Eastman holds a bachelor of fine arts degree from the University of Texas, and a master of social work degree from Our Lady of the Lake University.  She and her husband, Brad, have three children in HISD schools.

Ms. Eastman thanked 2012 President Michael Lunceford for leading the board through the largest successful bond election in Texas history, and for helping the board strengthen its ethics policy.