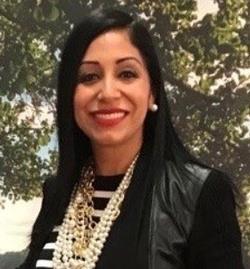 Laura A. Gonzalez received a bachelor’s degree in Interdisciplinary Studies with a minor in Bilingual Education from the University of Texas- Pan American and a master’s degree in Educational Administration from the University of Houston Clear Lake. Gonzalez strongly believes that all students can learn, given a positive learning atmosphere that welcomes exploration and enhances student confidence.

Gonzalez’ most recent leadership role as Associate Principal at ILTexas Windmill Lakes K8 gave her an opportunity to make significant contributions to the 3rd- 5th grade instructional program by helping it improve two letter grades from an F to a C.  Prior to this role she served as an Assistant Principal at Hartman MS.  Additionally, she was employed at Cornelius ES where she served in various capacities: Acting Principal, Assistant Principal, Mentor of beginning teachers and teacher coach, SDMC member, LPAC Chairperson and Administrator, ARD Administrator, Title III Coordinator, Bilingual Department Head, and TELPAS Test Coordinator.

In her 10+ years as an educator, Gonzalez also served as a Kindergarten Dual Language teacher, and a second and third grade bilingual teacher.  She began her career in McAllen ISD in 2000, become part of Team HISD in 2001 and transitioned to International Leadership of Texas in 2018.

Gonzalez is passionate about her work and is a servant leader by heart.  She believes in the importance of having a growth mindset to consistently provide quality services to the entire school community.  Her main goal as in instructional leader is to create a culture of collaboration where teachers learn from one another and inspire one another and scholars strive academically.