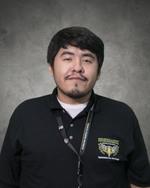 Mr. Cordova was born in Houston, Texas. He is from the Northside of Houston. He attended Patrick Henry Middle School, and graduated from Barbara Jordan High School. (Now known as Barbara Jordan Career Center). He earned a Bachelor of Science degree in Psychology from the University of Houston – Downtown. But before that, Mr. Cordova was majoring in Biotechology at the University of Houston.

He is the 3rd out of his family to graduate from college. Mr. Cordova’s brother is also a teacher at HISD and is one of the people that inspired him to become a teacher.

This is his second year teaching at Burbank Middle School, and is enjoying every second of it.