Melinda Garrett, whose management of finances for Texas' largest school district since 2001 led to numerous honors and accolades for fiscal responsibility, has announced that she will retire in December. 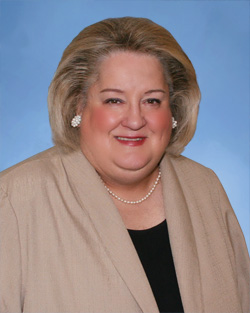 "I am deeply honored to have had the privilege of serving the children, taxpayers, and employees of HISD for all these years," Garrett said."But I'm ready to start this next chapter of my life, spending time with my husband and our family."

On Garrett's watch, the Houston Independent School District has maintained the highest possible bond rating and the lowest property tax rate of the two dozen school districts in Harris County. At the same time, HISD gained a national reputation for excellence in public school financial accountability. In 2011, HISD became the first U.S. school district in three years to win the prestigious Award for Excellence in Financial Management from the Council of the Great City Schools. In 2010, Garrett won the Council's Bill Wise Award for distinguished service to America's urban public schools.

"No single person has contributed more than Melinda Garrett toward HISD's national reputation as a model district when it comes to managing taxpayer money with a focus on doing what is best for children," said Superintendent Terry Grier. "It is because of Melinda's excellent long-term financial planning during these tight budget times that our students have the resources they need to continue out-performing their peers across the state and nation."

HISD Board of Education President Michael Lunceford commended Garrett's ability to explain complex issues, such as Texas school finance law, in terms that the public and policymakers can understand.

"Melinda Garrett is one of the few people in Texas who really grasp all the intricacies of our state's school finance system," Lunceford said. "What's even more remarkable is that she understands the history and nuance behind the system. And she has the skills and patience to help the rest of us to understand, so that we can make informed decisions that result in money going where it's needed the most -- classrooms."

A Bellaire High School graduate, Garrett holds a Bachelor of Arts degree in elementary education from Texas Woman's University. She landed her first job with HISD in 1976 as a kindergarten teacher at the former Easter Elementary School in 1976. Two years later, Garrett went back to school to earn her master's degree in accounting from the University of Houston-Clear Lake. She then joined the audit division of KPMG Peat Marwick and became a certified public accountant working on audits of governmental and private sector firms.

Garrett returned to HISD in 1985 as the district's controller. She was named chief financial officer in 2001. She is a member of the Texas Association of School Business Officials, where she has served on the Accounting Advisory Committee and as presi­dent of the Gulf Coast Chapter. In 2009, the HISD Board of Education named Garrett interim superintendent before Dr. Grier was hired.

The search for Garrett's successor is under way, Dr. Grier said.